The Society for Creative Anachronism, Inc. (SCA) is an organization dedicated to researching and re-creating the arts and skills of pre-17th-century Europe and Asia. Our "Known World" consists of 20 kingdoms, with over 30,000 members and 60,000 participants worldwide. Members, dressed in clothing of the Middle Ages and Renaissance, attend events that feature combat tournaments, royal courts, feasts, dancing, classes and workshops, and pursue knowledge of medieval arts, sciences, combat, and chivalry.

Silverhart is a Canton of the Barony of Wealdsmere. Our officers report to their officers and our populace has strong ties with theirs. If you reside in or near the Coeur d'Alene/Post Falls area, we hope that you will join us at any of our events or activities. 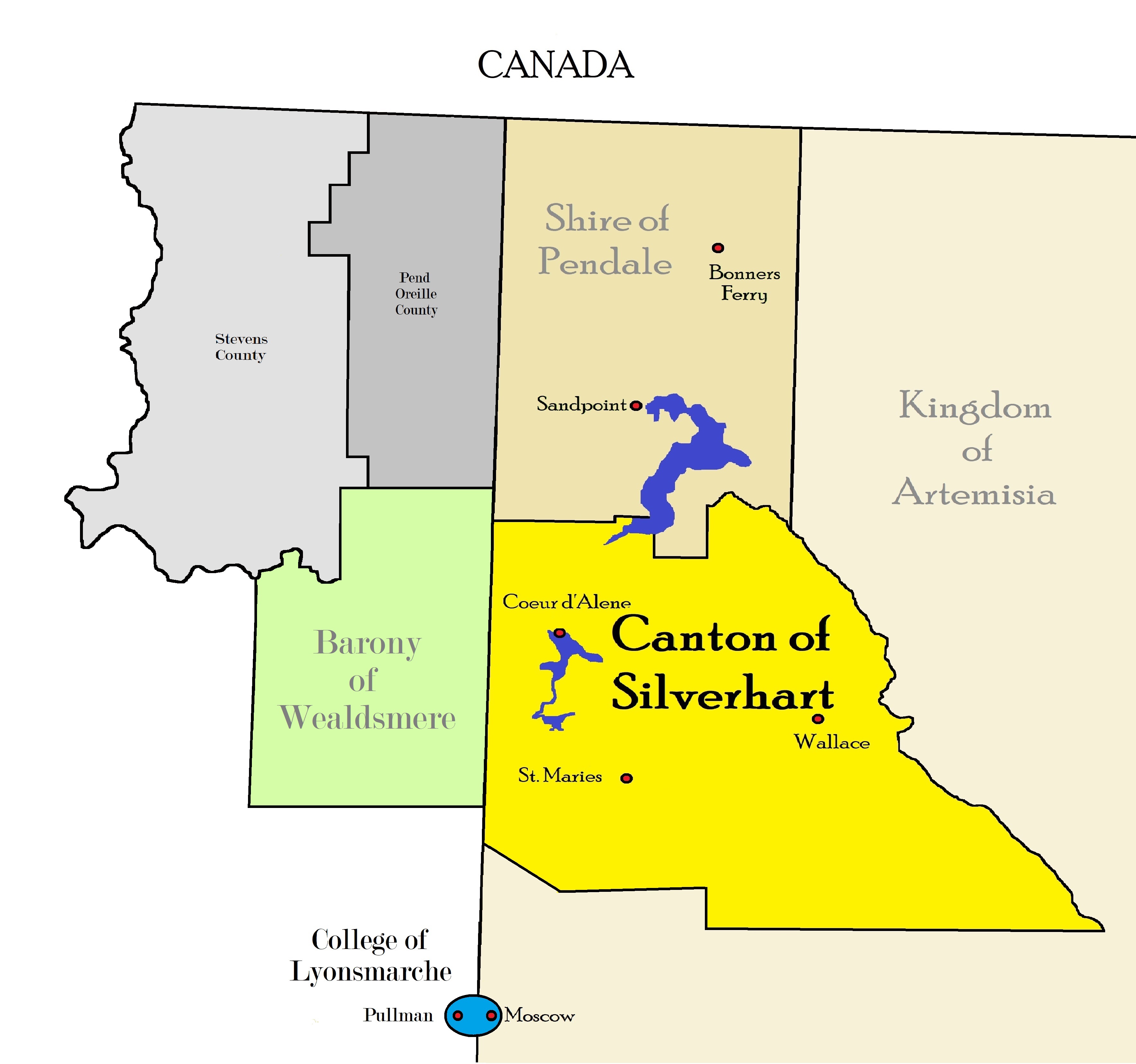 The Lands of the Canton of Silverhart